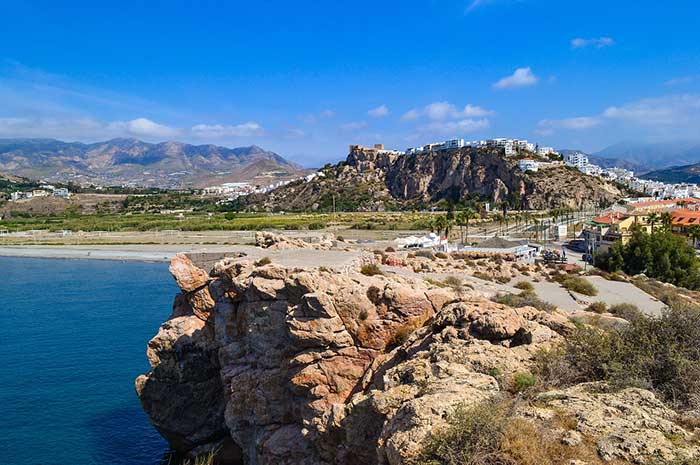 This stretch of coast runs from Motril to Nerja, at which point it becomes the more famous Costa del Sol. The drive to Motril takes less than an hour from Granada – one of the villages well worth exploring here is Salobreña.

Topped by a Moorish castle, there are expansive views over a huge expanse of flat agricultural land running along the coast, with the mountains behind stretching up to the Sierra Nevada where snow can be seen during the winter months.

Driving west along the coastal road you will pass other towns of interest such as Almuñécar, La Herradura, Marina del Este and finally Nerja. The drive takes you through some stunning coastal mountain scenery, making the experience even more memorable, especially if you keep off the motorway and use the old coast road, the N-340.

If you have the time, a highly recommended route to take from Granada is along the mountain road to Almuñécar. As you leave Granada heading in the direction of Motril, take the Carretera de Montaña a Almuñecar which is just past the Puerto del Suspiro del Moro (Pass of the Moor’s Sigh) which is said to be the spot where the conquered Moorish king, Muhammad XII or Boabdil, on being ejected from Granada by the Catholic Monarchs in 1492, looked back at the city and sighed with regret.

Drive carefully – we guarantee you will not be disappointed by the views! More info on LoveGranada.