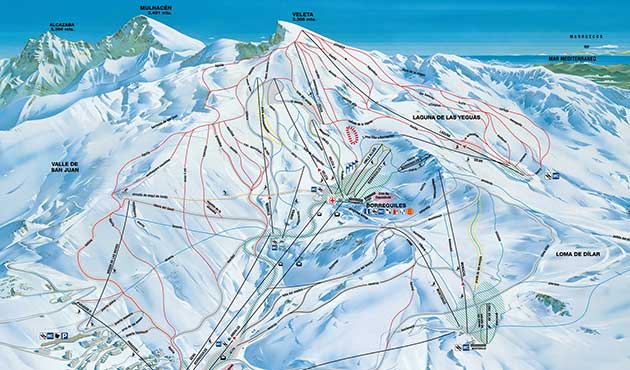 This site gives the ski conditions and current status of all pistes and lifts in the resort as well as showing expected changes. There is a useful interactive piste map to illustrate this. 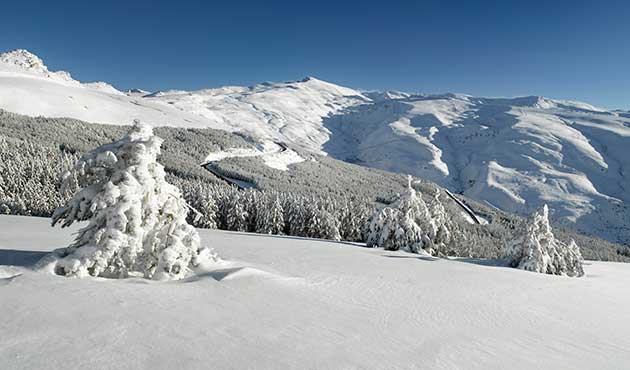 This site show live images from a number of cameras around the resort. You’ll need to scroll down to see the images. 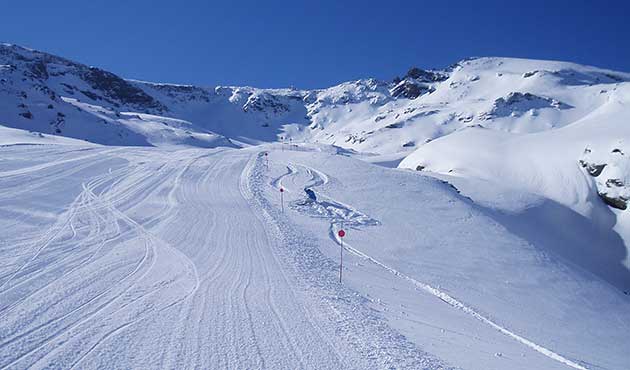 The site gives an hourly forecast for the current day then less detail for the upcoming 5 days. 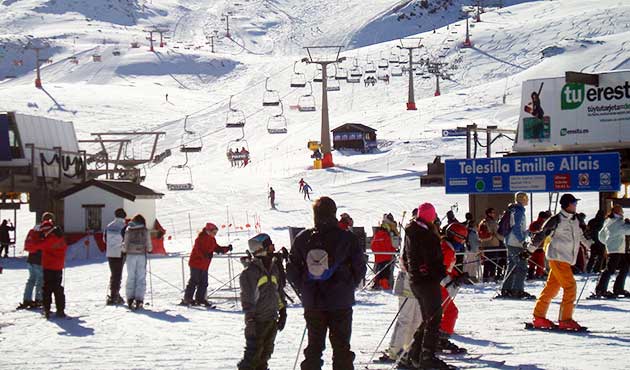 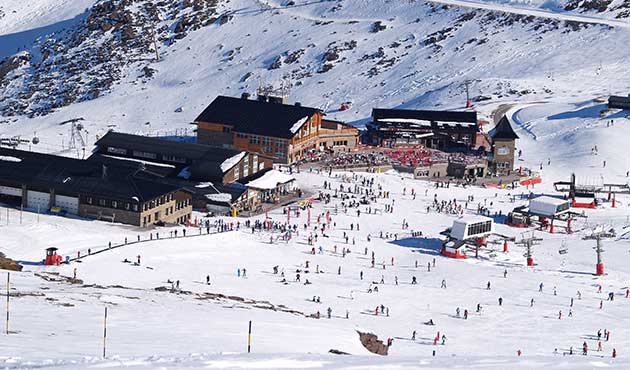 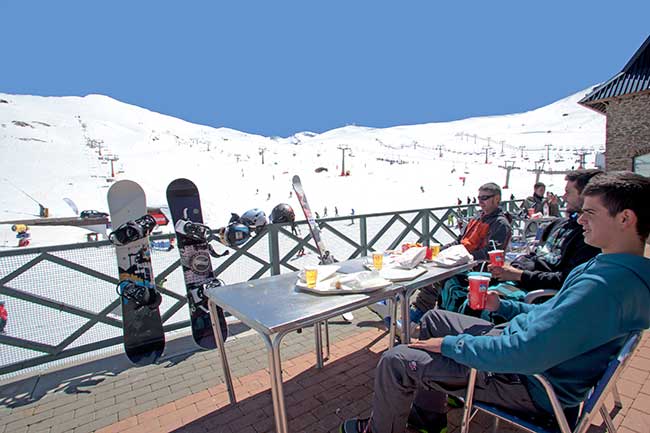 An important feature of the Sierra Nevada weather, which very few resorts can boast, is that you are practically guaranteed sunshine throughout your stay! Being so far south, the climate is superb for brushing-up on the deepest ski tan you are likely to get anywhere! Visitors are consistently surprised at how the snow lasts during the typically deep-blue-skied, sun-blazoned days.

Much of this is due to the resort organisers working extremely hard at preparing the runs each and every night. By packing the snow down, even the shallowest of snow bases may be maintained for several weeks even if it does not snow for prolonged periods. In addition to this, the resort is equipped with one of the most advanced snowmaking systems in existence so, even if very little snow falls, the resort organisers still guarantee skiing! This has been proven over the winters of 2005/6, 2006/7 and 2007/8, three seasons where early snowfall was especially limited. 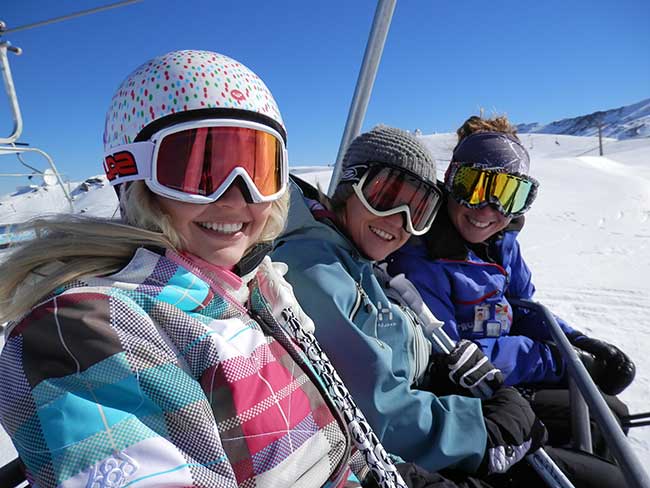 The winter of 2014/15 was Europe’s worst start for between 25-40 years depending on the resort and a high percentage of resorts were unable to open until well into January. Sierra Nevada, however, had some good snow in early November before the drought hit. Given the situation, the resort organisers put an impressive snowmaking campaign into action from the first day of the season, 29th November 2014. This campaign lasted throughout December and even into January which was when the next significant snowfalls came. The result of this was that we were skiing from the end of November and we had all ski areas open all through the season. The altitude and climate is something quite unique to Sierra Nevada compared to lower lying and more humid European resorts.

Sierra Nevada proved its worth in this manner again in 2006/7 and was officially the first resort to open in Europe (except for the Alpine glacier resorts). 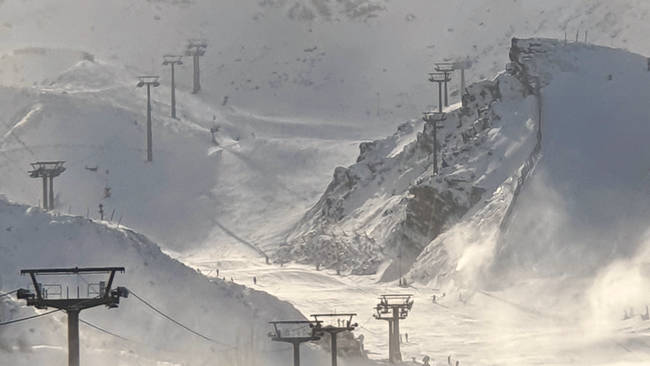 In spite of the sunshine, bad weather is to be expected of course so be sure to pack sensible clothing and be prepared. The ski terrain in Sierra Nevada is open and very exposed should conditions change, and they can change extremely quickly!

When the snow and weather are favourable however, the openness of the ski terrain provides some of the most exhilarating free skiing/riding to be found anywhere.

Off-piste skiing in Sierra Nevada has made a great name for itself. The open expanses lend themselves to finding easily accessible areas all over the terrain with very little avalanche risk by European comparisons.

It is also something that inexperienced “off-piste skiers” love because there is no need to hike to find good sections for learning on!

NOTE: Injuries occurring while skiing off-piste are not covered by the lift pass insurance cover.