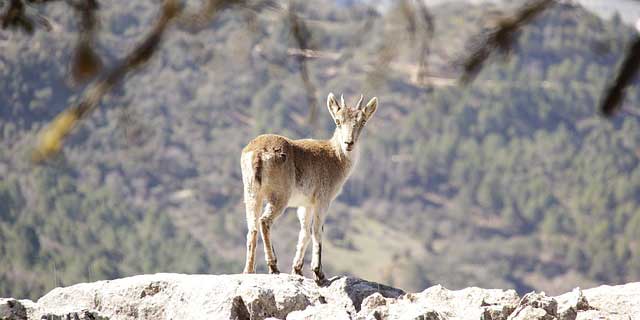 The mountains of the “Sierra de Cazorla, Segura y Las Villas” have peaks rising to above 2000 metres. With vast areas of pine forest extending as far as the eye can see, these mountains offer plenty of beautiful natural resources: rivers, gorges, waterfalls and reservoirs and hiking trails to keep any mountain enthusiast enthralled during their stay. Visitors come here primarily looking for rural retreats, local culture, hiking, mountain biking and mountain adventure activities.

The attractive and historic town of Cazorla is the prime gateway to these mountains whilst, in itself, providing ample local and cultural interest. Backed by sheer jagged peaks and pine trees, the approach to Cazorla is an impressive introduction. Lined with randomly winding, steep narrow cobbled streets, the town of Cazorla is a great start to getting the feel of the area.

You will find welcoming friendly people, abundant examples of the times gone by in the “Casco Antiguo” and plenty of shops and eateries. Here the pace of life is very much laid back and “chilled out”, even by Andalucian standards!! Tracks lead from some of the upper streets up and out into the mountains behind the town making for some interesting, easy and convenient walks without even needing to drive anywhere! Above the town lies the pretty village of La Iruela with its impressive castle and amphitheatre perched on a rock above. The village is one of the gateways into the National Park and to one of the most popular sites, El Chorro, a huge rock circle with its vertical rock faces plummeting over 100 metres. This is the location of the main nesting site of the Leonardo Vultures and perhaps the most spectacular not to mention prolonged sunsets ever dreamed of. 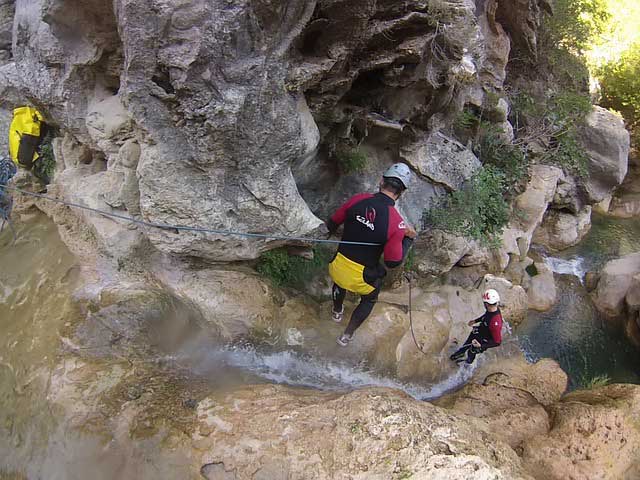 The main entrance to the National Park is located some 8 kilometres beyond Cazorla at the village of Burunchel. From here the road winds up and up to 1260 metres above sea level and the mountain pass of “Puerto de las Palomas” from which a new world is revealed. The Park is riddled with huge number of forest tracks and trails suitable for both walking and mountain biking. Ordnance Survey Maps can be purchased in Cazorla for more detailed routes.

The National Park is source to one of Spain’s principal rivers, the Guadalquivir. Winding down through the gorges and valleys of the range, the river extends all the way across Andalucia to Seville and from there southwards and out into the Atlantic at Sanlucar de Barrameda. It is a primary source of water and irrigation for many provinces of the south of Spain.

The mountains of Cazorla create their own special micro-climate resulting in cool mornings and evenings allowing for a pleasant recovery from the midday heat during the summer months. Cazorla itself lies at an altitude of around 900 metres above sea level. During the winter, it is not uncommon to find snow covering the peaks.

Rural Tourism, mountains activities and retreats are the prime alternative industry here whilst the traveller cannot avoid being stunned by the endless rolling hills covered in olive trees. Indeed the province of Jaén, in which it lies, is Spain’s primary provider of Olive oil.

For adventure activities, we recommend “Tierraventura” who, apart from offering a complete menu of different types of guided activity from hiking to mountain biking, canoeing to canyon descents, have also pioneered one of the only officially registered “Via Ferrata” routes in the south of Spain.

For accommodation in an authentic rural environment just outside of Cazorla town, including options for alternative therapy retreats and treatments, we recommend “Cortijo Los Abedules”.