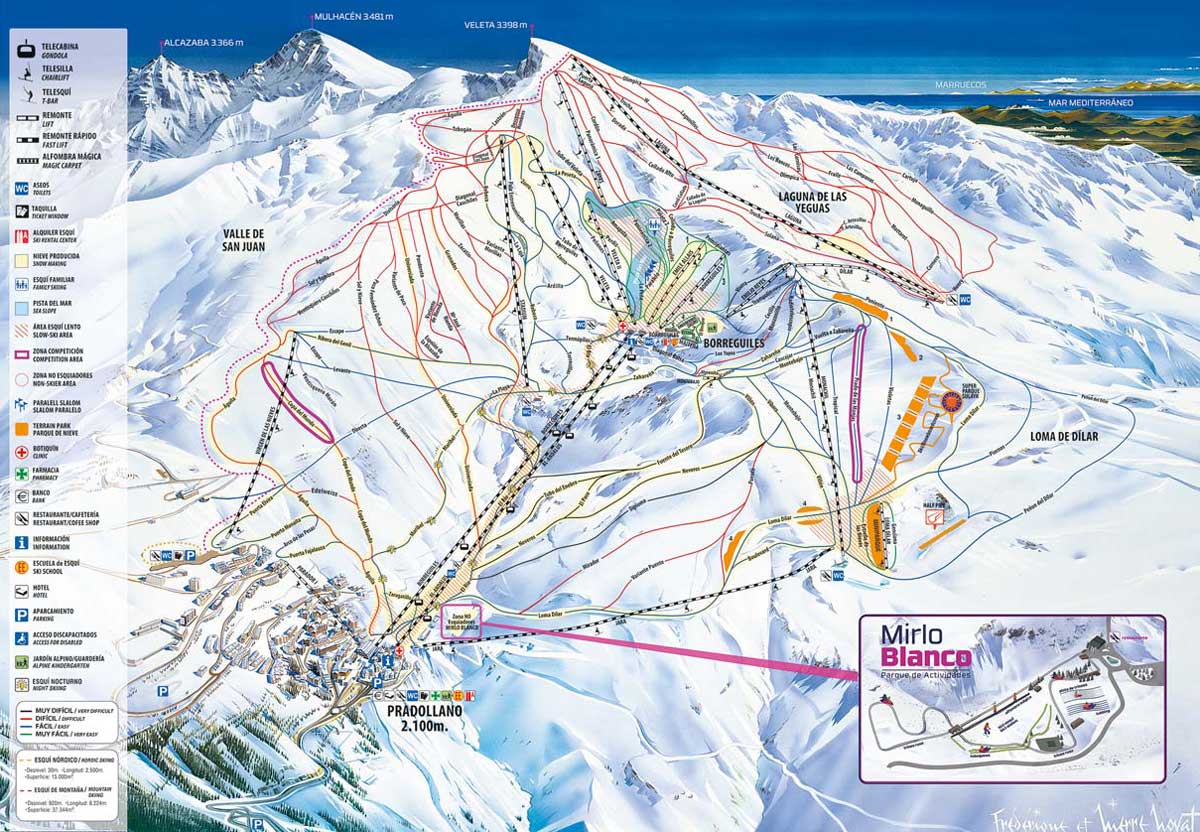 Sierra Nevada literally means “Snowy Mountain Range” and it includes some of the highest peaks in Europe, not to mention the highest concentration of peaks over 3000m in the country. Mulhacén at 3482m is the Iberian Peninsula’s highest mountain.

The ski terrain is majestically overlooked by the jagged Veleta peak at 3398m, Spain’s third highest after Aneto (3404m) in the Pyrenees. Due to the altitude, the ski slopes are above the tree line and generally take the form of ski fields rather than narrow prepared tracks – something that favours the more nervous skier in particular, as well as generally giving a sense of confidence all round, especially for off piste fanatics!

Off-piste skiing in Sierra Nevada has made a great name for itself. The open expanses lend themselves to finding easily accessible areas all over the terrain with very little avalanche risk by European comparisons. It is also something that less experienced “off-piste skiers” love because there’s no need to hike to find good sections for learning on!

There are 110km of pistes here in Sierra Nevada, the longest being “El Águila” at 6.3km. Apart from the pisted runs, there is a ski touring trail, a 2.5km cross-country skiing circuit and the amazing Sulayr Freestyle Park with a half-pipe and a range of jumps and rails.

Lifts are open from 9am to 5pm (last gondola up at 4:45pm). Night skiing is on offer on Thursdays and Saturdays from 7pm-10pm subject, of course, to weather conditions.

These are the 4 main ski areas in Sierra Nevada.