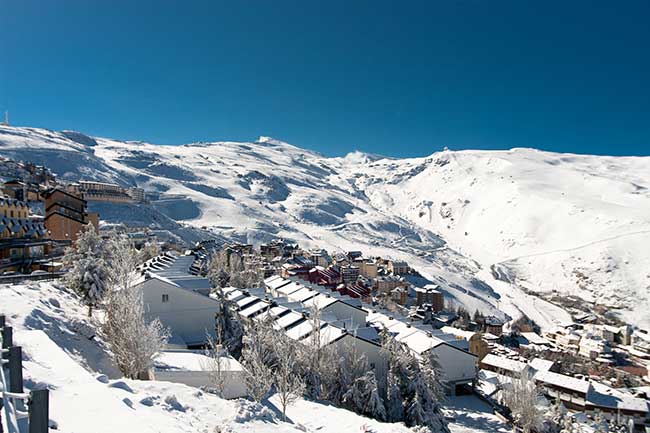 There are three main public parking areas in the Sierra Nevada ski resort:

*Check on the opening status of the “Virgen de las Nieves” chairlift before committing to this car park. Later in the season (mid-April onward) the snow melt is heaviest in this area and often this is one of the first chairlifts to close down due to lack of snow cover. 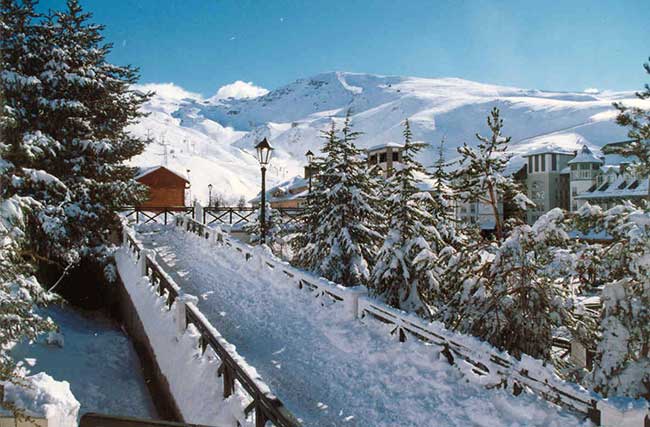 If you prefer to avoid paying anything for parking, try driving down through the village through the mid-zone where the intermediate stop of the Parador chairlift is. Street parking is free in many areas around here.

It is worth noting that in spite of the large capacities, the car parks can fill up very quickly during high season periods and weekends – especially if the snow conditions are good and weather is clear! During these times it is best to arrive in the resort before before 8.30am to be sure of a place, (particularly down in the Plaza Andalucia car park).

If you arrive and find the car parks full, then parking is often permitted along sections of the main access road as you enter the resort. The local police are present to direct traffic at busy times and even at the base of the road up to the resort (in Granada) you may find police controls advising on potential congestion and delays. Please don’t park in any little space that appears free unless it is a designated parking area. The police are very quick with the tow truck!

If your car is towed, it is taken to a compound located on the second floor (Level -2) of the Plaza Andalucia car park. Fines vary but as a minimum you could expect to pay around 100€ if you are a resident in Spain and double this if not. Most hotels and many apartments have parking facilities either included or at extra cost so it is worthwhile considering the option to avoid complications! Or, of course, you could book our transfer service which is convenient, reasonably-priced and avoids thinking about driving or parking at all!